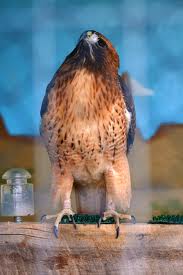 Last Wednesday, I left for Rancho El Chorro, also known as 6th grade camp, or Science Camp. Those of you who live in California, you know that this is a big deal for 6th graders. For those who aren’t, I will explain. In sixth grade, you get a big trip, normally close to the end of the year, and it is called Science Camp. Today, I will be telling you about everything I did during those action-packed three days.

On Wednesday, we arrived at roughly 11:00 a.m. We got to eat lunch, and then one of the naturalists (camp counselors) old us to go unpack our bags in the cabins. Our cabin had four bunk beds (8 beds), but we only had five people so we got to choose if we wanted the top or bottom bunk. I chose the bottom because it was easier to get up if I had to go to the bathroom. After we unpacked, we started what the naturalists called the Welcome Walk. It was basically where they took us around the whole campus and showed us where everything was. My favorite part about that was when we go to go inside the Science Lab and look at a bunch of interesting animals. Later that day, we had dinner. In order to enter the lunchroom, we had to answer questions about the things we learned that day. I thought this was really cool. I sort of wish that we did this at regular school to enter the cafeteria. After dinner, we had our night hike. It was very cool because we got to see a lot of wildlife that you can’t usually see during the day. We also did an activity with Wintergreen LifeSavers. We partnered up and then the naturalist gave each of us one LifeSaver. We put it in our mouth while keeping it wide and started chewing it. You could see little sparks! It was so cool! The naturalist said that it was a chemical reaction created by the artificial flavoring in the mints and your saliva. We finished off the night by a nice poem read to us by the naturalist who took us on the night hike. I slept not so well but it was okay.

In the morning, we had a delicious breakfast of eggs and potatoes and then got started on our first hike of the day. It was probably the longest hike we did as well as the most tiring because it was a hill hike. I liked it, except when I got to the top of the mountain and ran out of water. It just went downhill from there, literally. After the hill hike we had lunch and then free time for about 30-45 minutes. That was also the time slot we had for showering. The showers weren’t too bad, three people had to go in at one time.

In the evening after dinner, we had a group campfire. Other schools from around California were there too, so we were able to meet other kids. We sang a bunch of fun campfire songs including some that you may know like the “SCAT” song and “Baby Shark”. I slept very nicely that night because I was so tired from the day’s activities.

The next day was unfortunately our last, but we did get to do lots of cool things to close out the week. For example, we got to visit the raptor room which is where the naturalists keep all of their large predator birds (“raptors” in science words). We got to see an injured red-tailed hawk up close with a bird handler. It was beautiful, but also very sad because the bird could not fly. After that, we had our closing ceremony.

Throughout the whole week, we had name tags on with our real name as well as our “nature name” that we could make up. My nature name was starfish. Sparkles may have worked as a nature name given the stars in the sky, but I like starfish too. Every time we finished a hike we would get a bead on it and at the closing ceremony we got one last bead that had a leaf on it, it was very cool. Next, we had to pack up our bags and head home. I had so much fun and I hope you enjoyed hearing about it.

Did you go to science camp when you were a kid? Comment below.