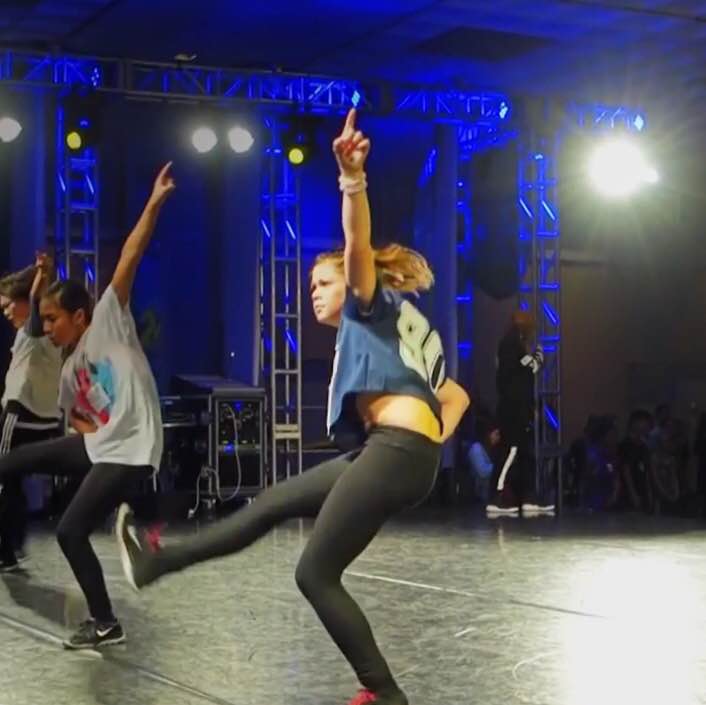 How to Assist at a Dance Convention

I am in an airport heading to the first Hollywood Vibe in St. Louis. I am so excited to see everyone again and begin the tour as Dancer of the Year. My dad and I had a conversation in the United Club lounge in San Francisco about the differences between this year and the last time I won dancer of the year. It inspired me to write this post because there is no manual for assisting or the other things that you do as a company member or DOTY for a convention. In some small way, you may want to use this as a guide.

First of all, when I won Icon of the Year for Hollywood Connection, I was not really going for it. It was my second year on the competition team and my first year doing solos. My solo, Whatcha Want placed first place in San Jose that year and I won regional Icon of the Year runner up. I really had no expectation to win Dancer of the Year. I just went to Nationals and worked my but off and did the best job I could. I nearly peed my pants at the awards banquet when they called my name. It was a total shock. I was 9 years old at the time, and I toured with Hollywood Connection the next year and assisted in the junior room on stage in about 5 or 6 cities

That same year, I won regional Dancer of the Year for Hollywood Vibe and was invited to join Team Hollywood Vibe. Team Hollywood vibe members assist teachers. It also qualified me for Dancer of the Year. Last year at Nationals, after touring 4 or 5 cities with team Hollywood Vibe, I was fortunate enough to be selected as Dancer of the Year. This was totally different than Hollywood Connection. I wanted it. I knew that I would need to work really hard at home and at convention to elevate my skills to be a contender. It was my goal. Competition was fierce and I fought my emotions and doubt with courage and dedication. In truth, becoming a finalist would have been good enough. I don’t really know how they pick a winner when it is down to a few dancers. I can tell you that the other girls definitely were as good if not better than me in so many ways. It was a toss-up and I am grateful that I got it.

Convention as Dancer of the Year is a totally different experience. I do not compete, but I run my solo in each city. I will also be in the team Hollywood Vibe company dances. All of the company members are sent a video of the dance a week in advance and we learn it on our own. This is a really important skill to pick up. As a professional dancer, I am often sent video footage of a dance to learn in advance of rehearsal. We need to have the skills to learn a dance so that rehearsal is more about cleaning than teaching.

My dad asked me about the pressure I feel as DOTY. He wanted to know if it is harder to dance on stage in front of everyone versus being on the floor learning. The answer is “it depends on the choreographer,” and “it depends on what you are doing.” When you are learning the 8 counts, it is important that you focus on the movement and the timing so the dancers on the floor have a clear understanding of the choreography, especially if the choreographer doesn’t dance it. You need to rely on your body for technique. I try to go more full out when the dance is being taught, and less full out when running groups. Here is the idea. When the dance is being taught, they should be looking at the teacher and assistant on stage going full out. That is how you learn. But when running groups, the class should be going full out and we are there to give them the queues when they need it. I go at about 70 or 80 percent during groups and focus on accenting the details of the dance.

If you are assisting for the first time, feel free to DM me on Instagram with questions. I wish I would had a guide my first time. I was scared and uncertain and it would have helped to learn from someone that has been there before.

We left off where from my first post – Mr. Marco is Back Pt 1 Mr. Marco picked me to be in the opening number for a Michael Jackson tribute show. Remember that? Well, that same night, Ms. J informed us that our first rehearsals would start on April 1st and April 2nd. I was super pumped and hungry for learning new material.

At our first rehearsal, we mainly focused on learning all of the sections and blocking. For non-performers, that means putting everyone in spots. I really liked all the different part because not one was similar to the one before. We got really close to being finished in that rehearsal, so we didn’t have much to do the next day but run it and clean. By the end of the day, I felt that it was definitely a time well spent working on it and making it as close to flawless as possible. You know what they say, practice makes perfect!

If you enjoyed reading this, please subscribe to my blog if you aren’t already and if you already are thanks for being great fans!

Those of you who know who Marco Cruz is (mostly my dance friends) know that he has been gone from DPAC for a while teaching at KAR, a popular convention/competition. I have missed him a lot because he was one of my favorite teachers at DPAC! Fortunately though, he recently visited us twice and that is what I will be telling you about today.

Mr. Marco choreographed my first ever solo, Whatcha Want. I won every competition with that solo so you could see why I love him. I also enjoy his amazing teaching styles and challenging combos.

Last week, Ms J. told us that there was going to be an audition for the opening number that we are performing at a Michael Jackson Tribute show in LA. Afterward, she told us that Mr. Marco was choreographing it. I was upper excited but I also knew that I needed to bring my A Game because he’s very tough. The audition started on Thursday during the two hours when it’s usually Hip Hop 2-3 and Hip Hop 4-5. Marco walked in with his trusty assistant, Taylor and they started the combo right away. I had visited Marco a few weeks before that so I already knew the beginning of the piece but he also added many other things so I don’t think I had much of an advantage at all. After we did the dance he split us up into four groups. We ran the combo a few times in those groups and then he started putting us into different groups based on what he thought would look good together. He did this for a while, taking people out and putting people in. Finally, after he did this for about 20 minutes, he started picking the people that were going to be in the actual piece. He started with choosing the older girls. Then he got to the younger ones like me. He called out about five people and then he paused. I was a little bit upset because I thought he was done and I didn’t get picked, but right after that he turned to me and said, “You’re in.” I was super excited because it was very unexpected!

Hollywood Connection Icon of the Year A few weeks ago at Hollywood Connection Nationals I won……. ICON OF THE YEAR!!!!!!!!!!!!!!!!! Hollywood Connection gives out the award based on classes, sportsmanship, passion and your solo. I wasn’t sure but, when Robert Schultz gave me the rainbow afro in the ICON group dance, I thought it was a hint that I was at least getting close to being the winner.

It felt so good when we were at the HC (Hollywood Connection) banquet when they were announcing the winners of ICON and they called my name. Not to mention it really inspired me when I was taking pictures with all the teachers from HC such as; Brandon Henschel, Chonique Sneed, Brooklyn Jai, Brooke Lipton, Lisette Bustamante, Jason Kalish, Katie Miller, Lindsley Allen, last but not least the owners Bill Bohl and Kimberly Lyon.

It was a great experience to win ICON OF THE YEAR… I hope I will do as well next year…
Thank you for reading my blog. ~Sparkles.

I had planned to go to the Clark’s home for new years. We had to call and cancel at the last minute. It made me feel bad because I was really looking forward to it. Jenae and Jordan are really fun to hang out with. We were planning to make Ginger Bread Men and stay up late to watch the ball drop in Times Square.

I have been to Times Square before, but I do not remember when. My parents have taken me a few times. I remember riding on the ferris wheel inside of the big Toys-R-Us store with my dad. The big light up bill boards are cool.

I am going to New York City again on January 10th. I will be going with my parents, my third grade teacher, and her daughter. We plan to go to the museums, and see a Broadway play. We have not decided which one yet. We are thinking about Chicago, Memphis, or Lion King. (leave a comment if you have a vote and tell me why you like it).

I am a little worried about being sick because I have a dance competition coming up next weekend (I am a DPAC Dancer). I hope I have my strength back to dance. This will be my first competition where I perform a solo.

The name of my solo is Watcha Want. I will let you know how it goes.